In its first construction days AWT was became a symbol of the goals of newly founded Turkish Republic to reach the modern civilization level and it reflected the Repulic’s objectives of achieving its own technology and own production ability. The construction of the Ankara Wind Tunnel was started in 1946 and its construction was completed in 1950. The tunnel, which was handed over to the Ministry of National Defense in 1956, remained idle for 40 years before it could not be functional and could be tested. In 1993, the operation of AWT was transferred to TÜBİTAK SAGE. The tunnel, whose maintenance, repair and skill enhancement activities were completed in 1996, has reached the level of serving at full capacity. In 2000, AWT became a member of the Subsonic Aerodynamic Testing Association (SATA). With the ASARTA project supported by the Turkish Republic of Ministry of Development, AWT was renewed once more in 2011 and its capacity was increased.

Wind tunnels are used to evaluate the suitability of designs safely, quickly and inexpensively. Aerodynamic studies of all objects interacting with air can be tested in wind tunnels. These tests are one of the important processes that must be applied to verify numerical simulations and to make flight tests cost-effective.

Many types of experiments can be carried out in wind tunnels such as investigating the aerodynamic behaviour of aircraft, helicopters, UAVs, parachutes, automobiles, trucks, buses and motorcycles, determining the interaction of objects such as sirens and lightning rods with air and examining their strength in storm environment.

Sections and technical specifications of the Ankara Wind Tunnel are given in the following figure. 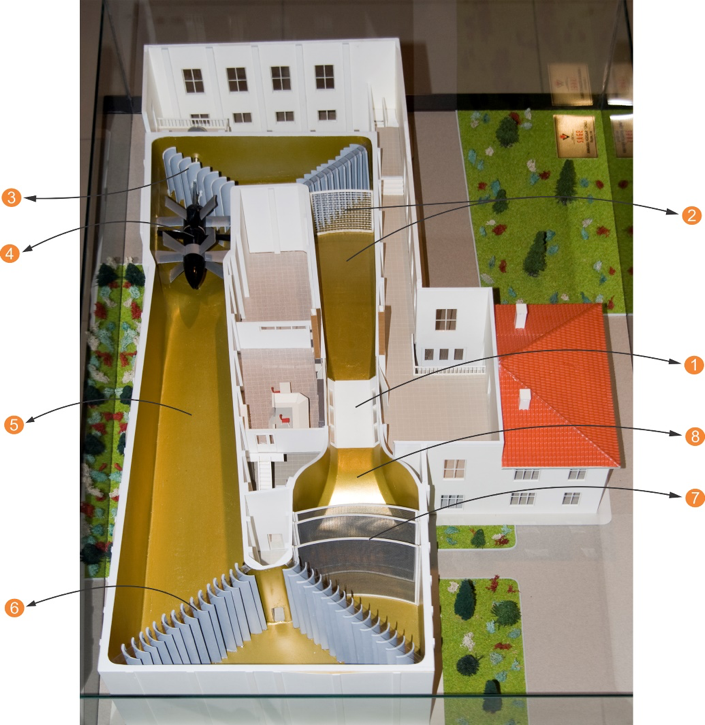 The full or scaled model to be tested in AWT is mounted in the test section and the desire air speed is sustained. The model is set to desired angles using the model support system (MSS). Aerodynamic forces acting on the model are measured using external or internal balances. Flow visualization tests can be performed with various techniques to investigate the flow on the model. AWT has been actively used by universities, civil sector and defense industry companies such as TÜBİTAK SAGE, ASELSAN, ROKETSAN and TUSAS. In 2000 AWT has become a member of the Subsonic Aerodynamic Testing Association (SATA). SATA is the leading worldwide organization established to discuss ideas such as the design, operation, maintenance, physical measurement and instrumentation of low speed wind tunnels. Many tests have been carried out in AWT in different sectors such as aviation, automotive and civil applications.